The 23rd İstanbul Theatre Festival, organised by İKSV under the sponsorship of Koç Holding Energy Group Companies Aygaz, Opet and Tüpraş, is preparing to meet theatre-lovers between November 13 and December 1. As well as 78 shows of 28 theatre, dance and performance companies from Turkey and abroad, the festival programme also includes free side events such as staged readings, interviews, workshops and master classes.

On Tuesday evening, October 15, a special night was organized at Ses Theatre to present the Honorary Awards of the festival, the Gülriz Sururi & Engin Cezzar Theatre Encouragement Award, and extend plaques of appreciation to the institutions and organizations that contributed to the 23rd İstanbul Theatre Festival.

Bülent Eczacıbaşı: Through the festival, we have enabled a productive interaction between Turkey and the global universe of culture-arts

İKSV Board of Directors Chairman Bülent Eczacıbaşı gave the opening speech of the night hosted by actor Yiğit Özşener. Bülent Eczacıbaşı stated that the İstanbul Theatre Festival, which conducts collaborations with prestigious cultural organisations and companies from all around the world and supports local productions, is one of the most significant events of the geography we live in. Eczacıbaşı further stated that through the festival, they have enabled a productive interaction between Turkey and the global universe of culture-arts, worked towards raising participation in and access of youth to culture-arts and supported production in the field of contemporary culture-arts. Eczacıbaşı extended his gratitude to co-sponsors Koç Holding Energy Group Companies Aygaz, Opet and Tüpraş and all sponsors and supporters for their contributions to the festival.

Yağız Eyüboğlu: Considering the magnitude the festival has taken today, I once again see what a good choice we made

Following the opening speech, Chairman of Koç Holding Energy Group Yağız Eyüboğlu speaking for the co-sponsors of the festival Aygaz, Opet and Tüpraş, stated that Koç Group firmly believes that sustainable development will be achieved not solely through economic development, but also through development in social and cultural fields. Therefore, as a community, they attach great importance to supporting cultural and artistic activities and bringing them to society at large. “Our Energy Group brands Aygaz, Opet and Tüpraş, which meet the energy needs of our country, take part in different social projects realized in the field of culture and arts within the scope of corporate citizenship. The İstanbul Theatre Festival is one of the most valuable of these projects.” Eyuboğlu concluded his speech with the following statement “The 23rd İstanbul Theatre Festival has a special significance for us. This is the 15th year of our sponsorship. Considering the magnitude the festival has taken today, the attention it attracts from art-lovers, and the ticket requests that reach even us, I once again see what a good choice we made. In addition, the support we have provided for the festivals’ student project for the last three years has allowed younger generations to meet important examples of contemporary theatre.”

Leman Yılmaz: This year the festival brings together different forms of performing arts

Leman Yılmaz, Director of the Istanbul Theater Festival, made a speech introducing the program of the festival. In her speech, Yılmaz stated “Between November 13 and December 1, we will be watching a wide range of theatre plays, dance shows and performances. This year, the festival brings together different forms of performing arts. Sometimes the viewers themselves will become characters and at others, they will have the opportunity to listen to the real stories from the real heroes of those stories. The festival will host a total of 78 theatre plays, dance shows and performances from 28 groups, 12 of which are from abroad and 16 from Turkey. There will also be several side events as a part of the Learning and Training Programme including staged readings, interviews, workshops and masterclasses, all of which are free-of-charge. We will also be holding the 5th edition of the International Platform, which has been in the festival program since 2014 and gives professionals from abroad the opportunity to watch some domestic productions.”

Ferhan Şensoy
Playwright, theatre actor and stage director Ferhan Şensoy was born in Çarşamba, Samsun in 1951. In 1972 he went to France and graduated from the Theatre National De Strasbourg in 1974. Şensoy returned to Turkey in 1975 and started working with theatre companies including Ali Poyrazoğlu Theatre and Nisa Serezli-Tolga Aşkıner Theatre. Şensoy has been invited to many festivals where his plays have been staged, some of which are; Kırkambar and Şu Gogol Delisi in 1994, Üç Kurşunluk Opera in 1995, Haldun Taner Kabare in 1997, Fişne Pahçesu in 2000 and Ruhundan Tramvay Geçen Adam in 2010. In 1989 he renovated the old Ses Theatre and reopened the venue with the name Ses 1885. 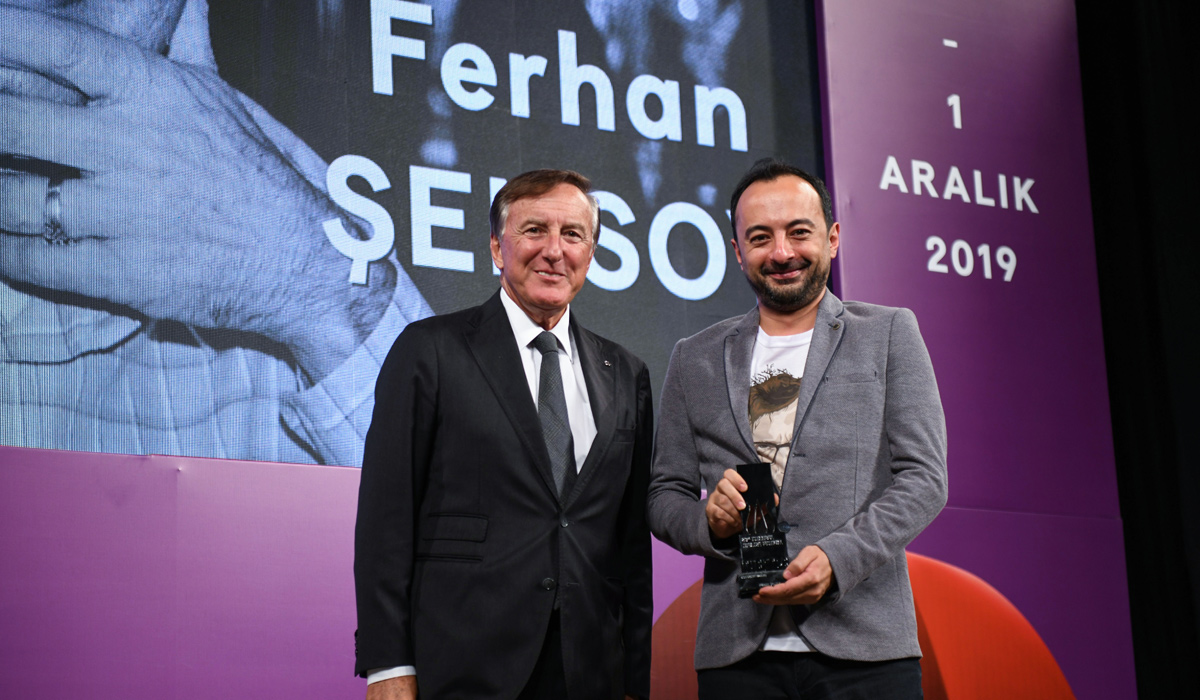 Considered to be the mark of mastery in Turkish theatre’s tradition of comedy, Bald Hasan Efendi’s Turban (Kel Hasan Efendi’nin Kavuğu), has been passed from İsmail Dümbüllü to Münir Özkul in 1968, and from Münir Özkul to Ferhan Şensoy in 1989, and handed over by Şensoy to Rasim Öztekin in 2016. He has written and staged unusual plays that have criticized current events using humour elements often based on language subtleties to the point of pushing the boundaries of the Turkish language. Ferhan Şensoy has earned a distinctive place in Turkish theatre history with his unique work and a style that carries traces from various sources ranging from traditional Turkish theatre to epic theatre.

Metin Deniz
Stage designer Metin Deniz, born in Istanbul in 1940, is an artist who uses a wide variety of materials in his work. After studying at Haydarpaşa High School, Deniz entered the Department of Painting at the Fine Arts Academy (now Mimar Sinan University) in 1957 where he studied under Halil Dikmen, Cevat Dereli and Zühtü Müridoğlu. Throughout his career, Metin Deniz has stated that the decor in theatre should be given a meaning above that of “decoration”, which is associated with “ornamentation”. He approached decor as one of the integral elements that makes up a theatre play; and has maintained that in order to achieve a play with integrity, it is necessary for everyone who realizes these elements, from the director to the musician, from the actor to the decorator, to carry out a collaborative work, in other words, that they create the theatre jointly. Based on these views, Metin Deniz has prepared the decors of almost 200 theatre, opera, and ballet scenes with a wide variety of materials to create diverse effects. 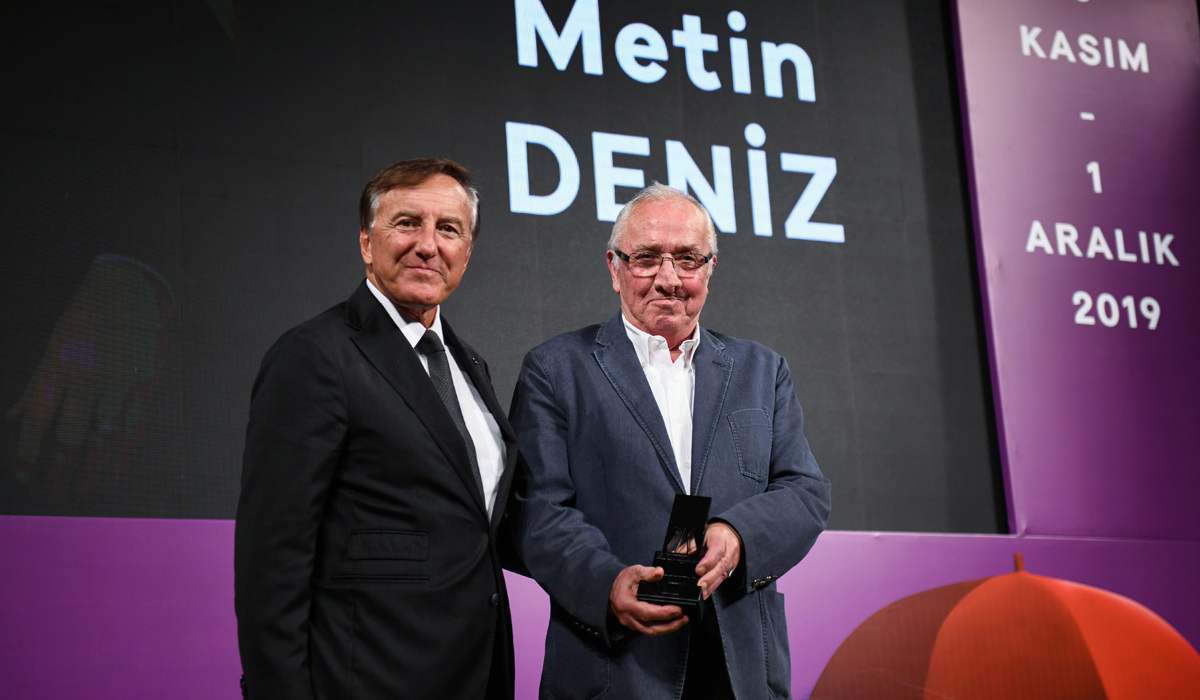 Emmanuel Demarcy-Mota
Emmanuel Demarcy-Mota was born on June 19, 1970, as the son of Portuguese actress Teresa Mota and French director and playwright Richard Demarcy. He founded the Compagnie des Millefontaines in 1988 and was the director of La Comédie de Reims, Centre dramatique national from 2002 to 2008. He has directed Théâtre de la Ville (Paris City Theatre) since 2008 and has served as general director of the Festival d’Automne in Paris since 2011. 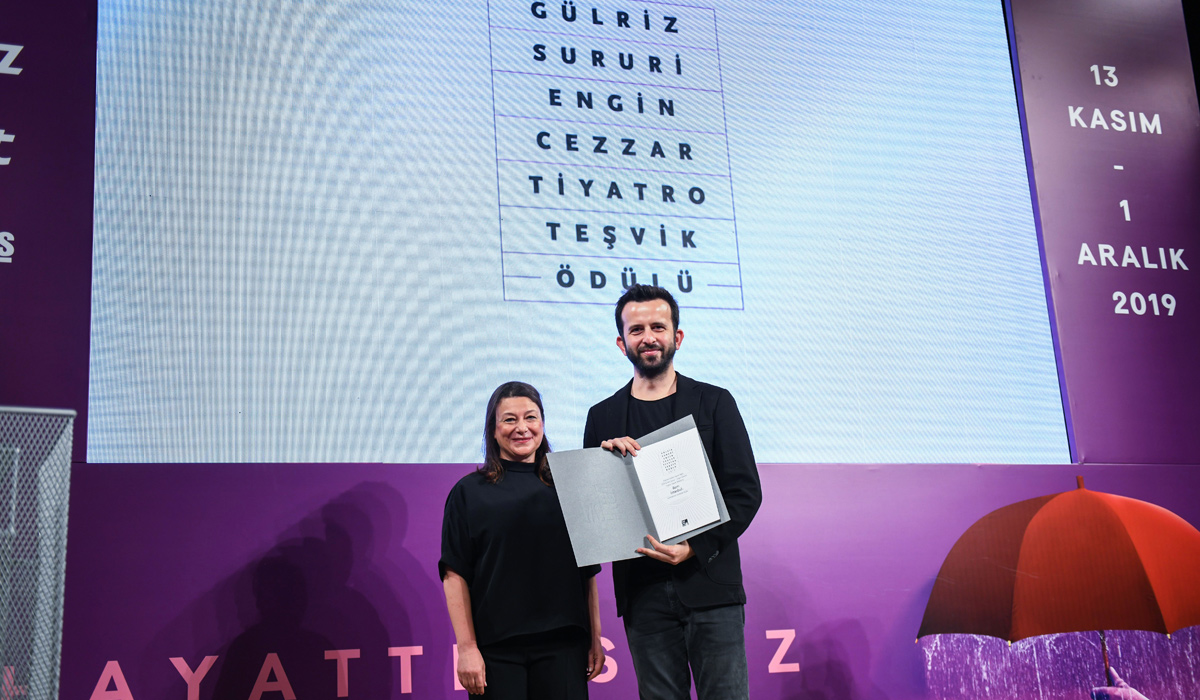 Brought to life in 2018 through the generous donations of theatre actor Gülriz Sururi, the Gülriz Sururi-Engin Cezzar Theatre Encouragement Awards are presented to theatre companies or artists who contribute to the development of Turkish theatre through their productions and innovative approaches. The award aims to encourage the realisation of new and quality productions in the field of performing arts by supporting young theatre companies and artists. 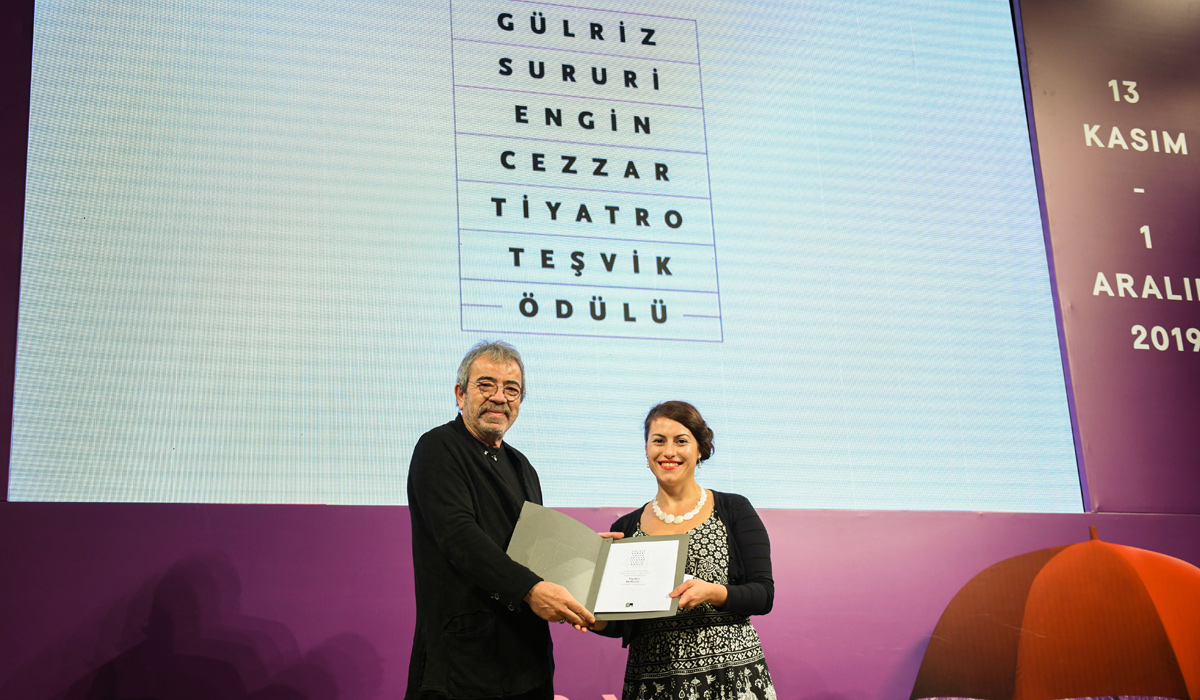 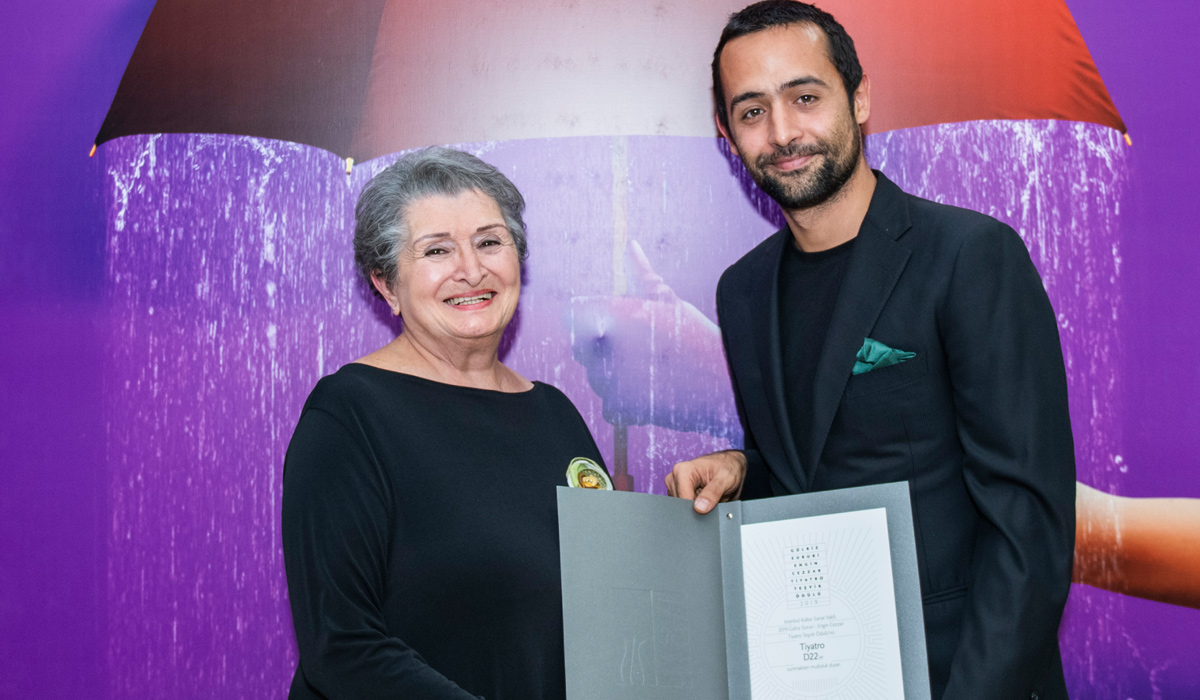 The Award Ceremony for the 23rd Theatre Festival

Co-sponsors of the 23rd Theatre Festival 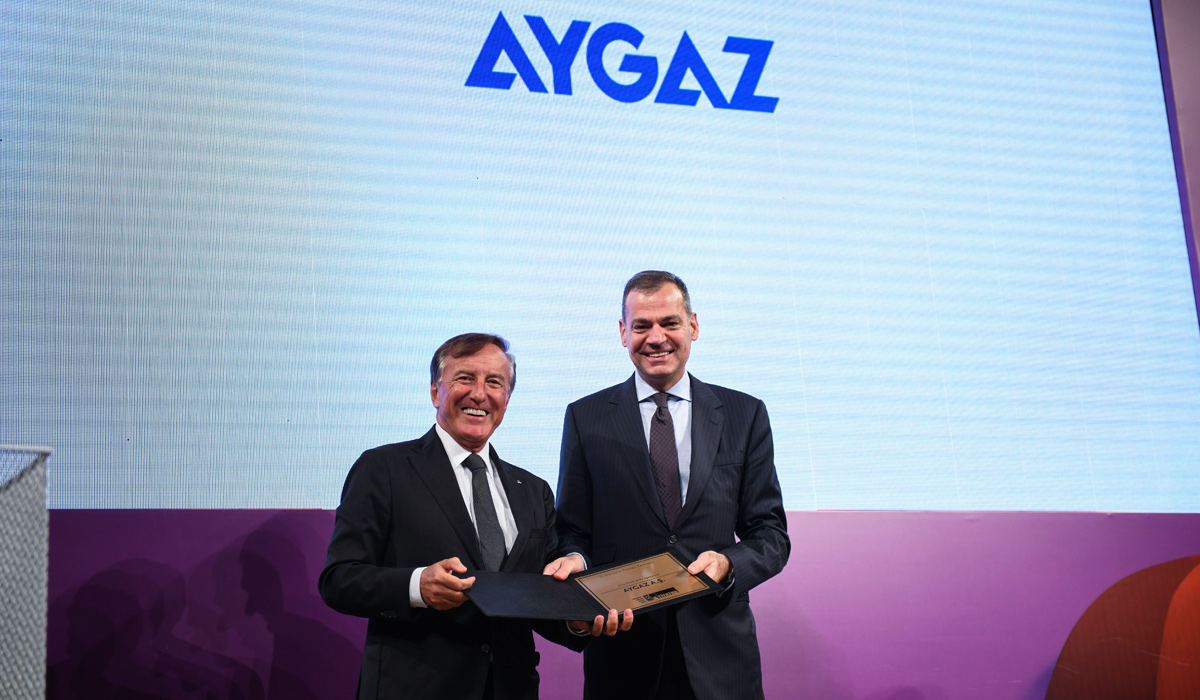 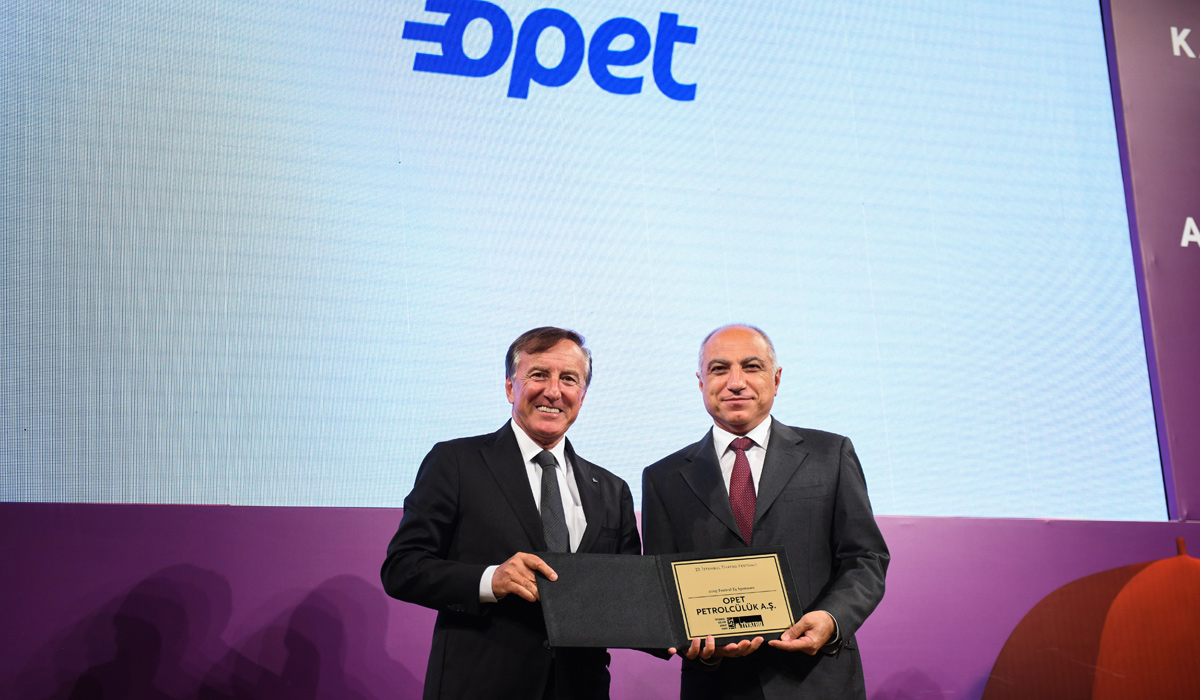 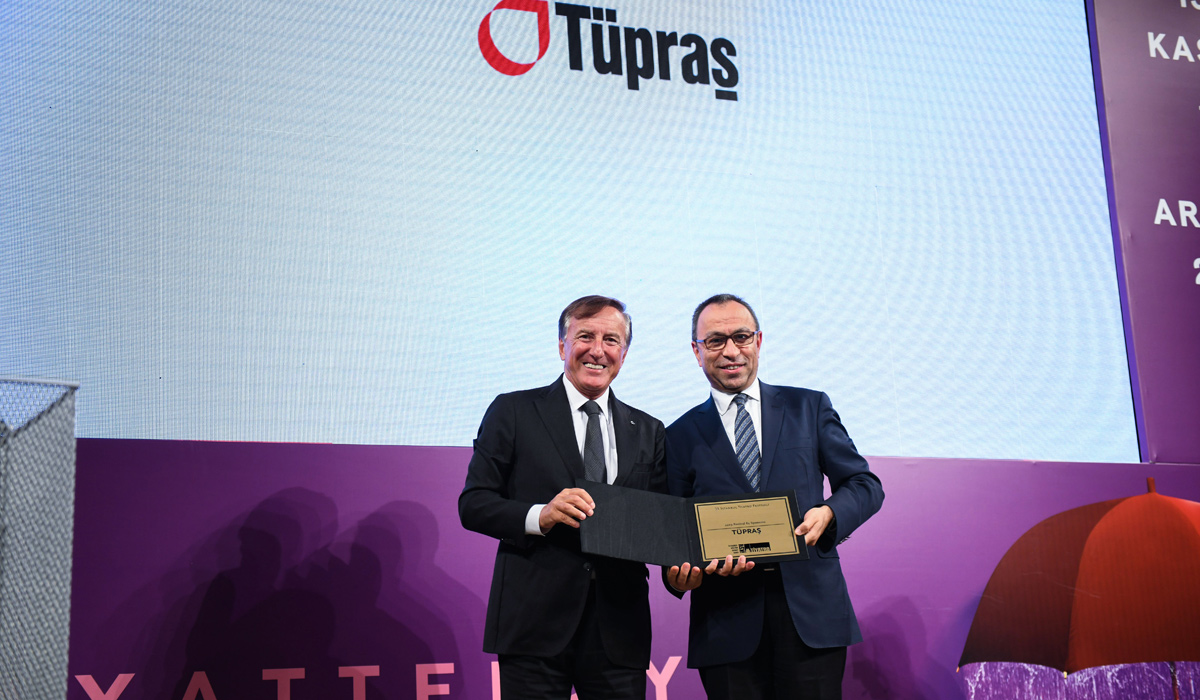 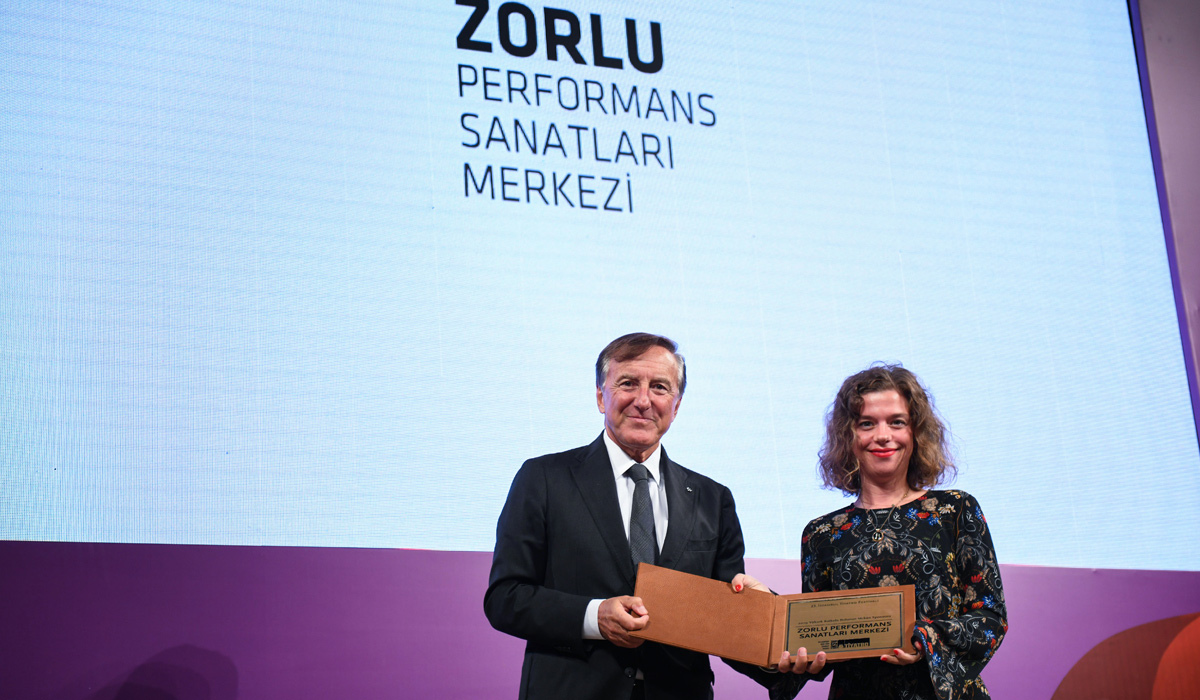 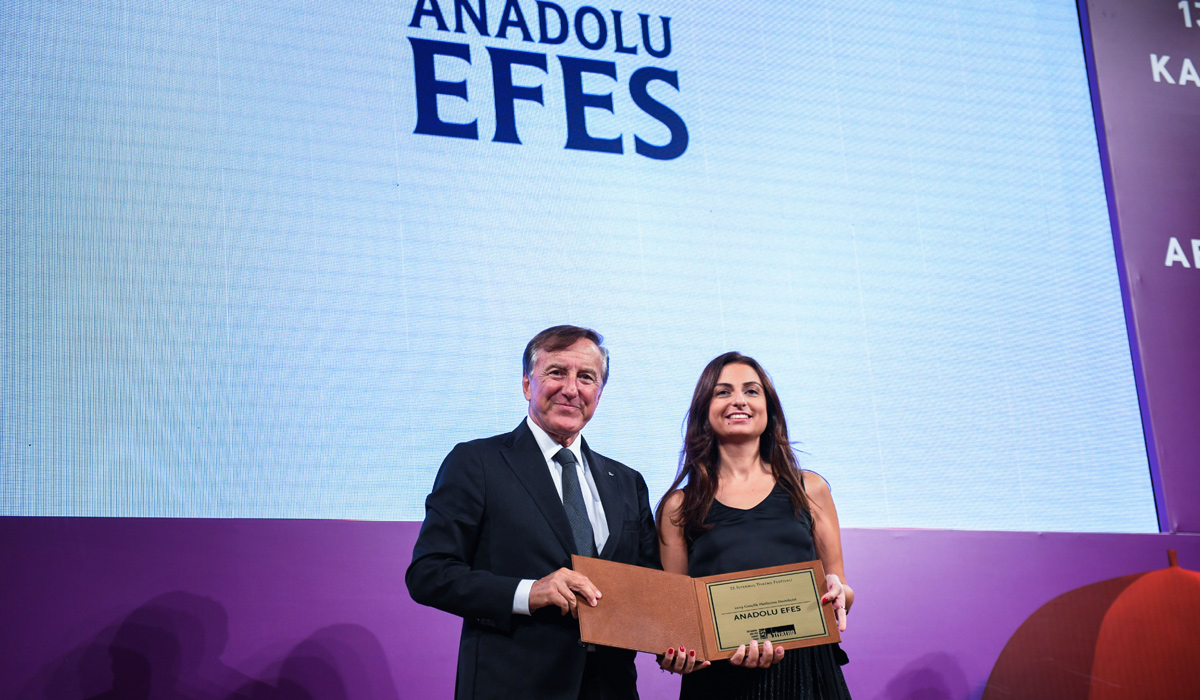 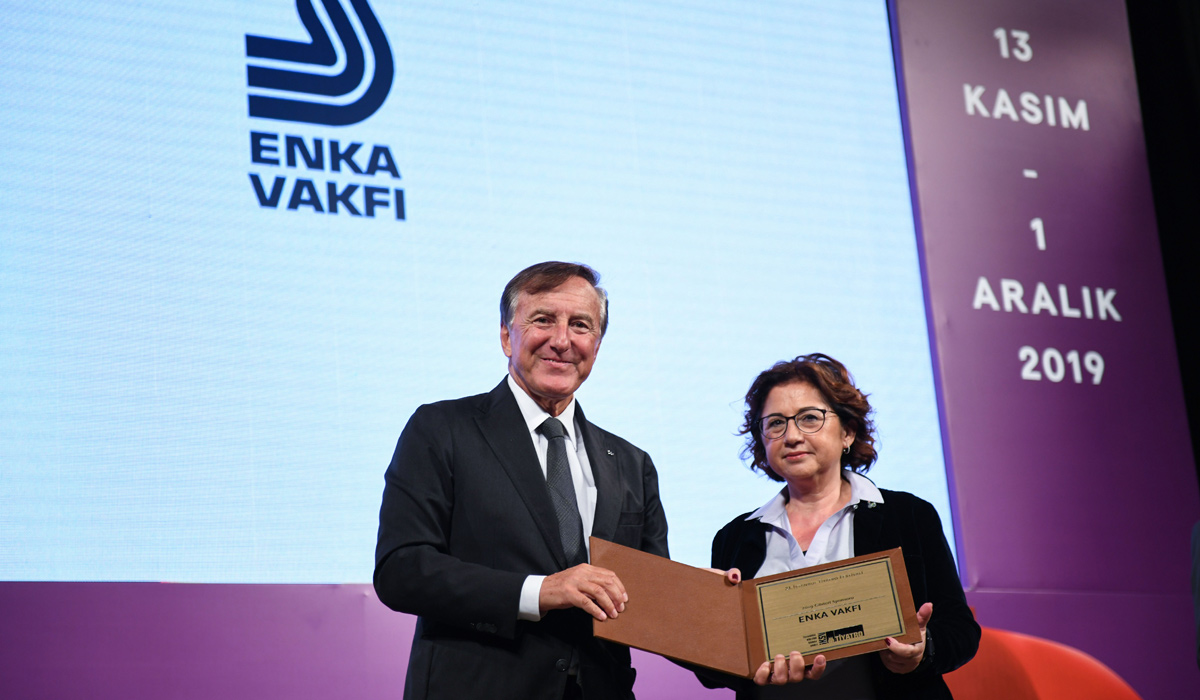 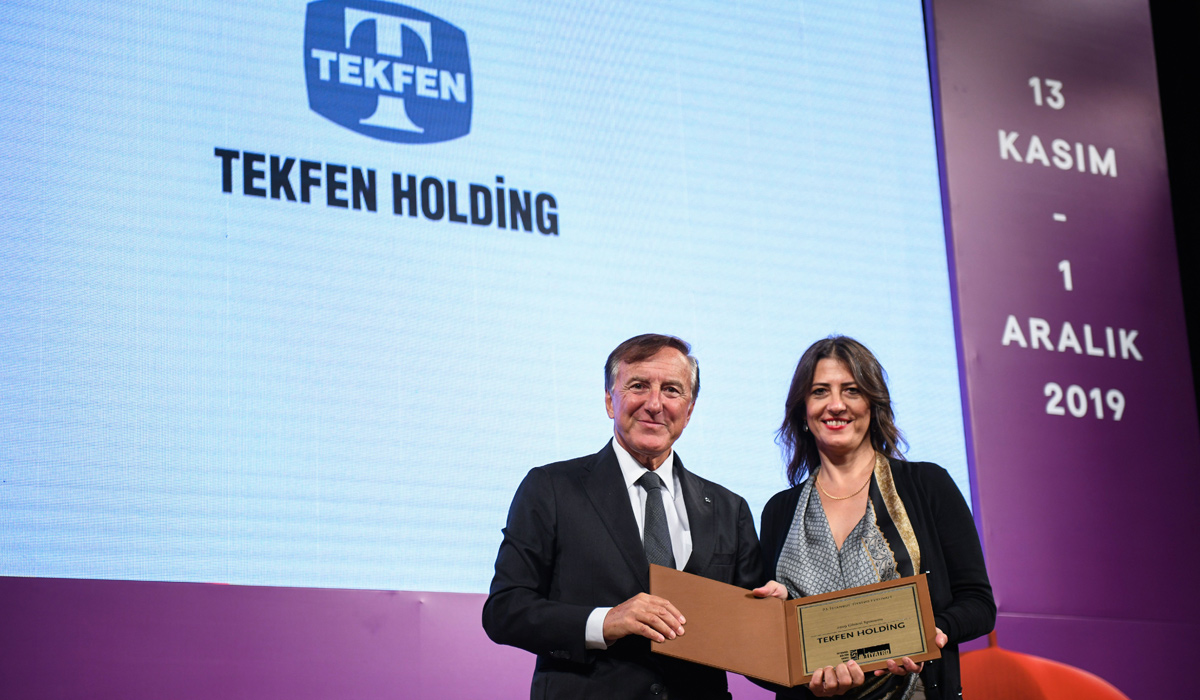 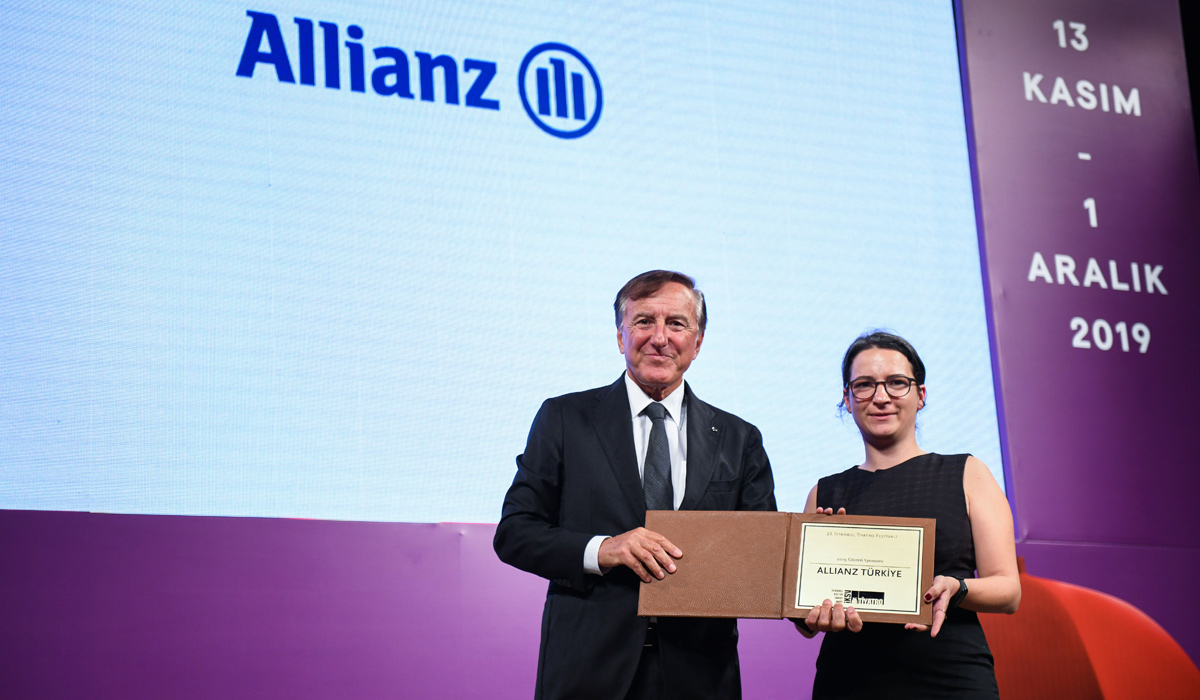 Learning and Training Programme Sponsor of the 23rd Theatre Festival 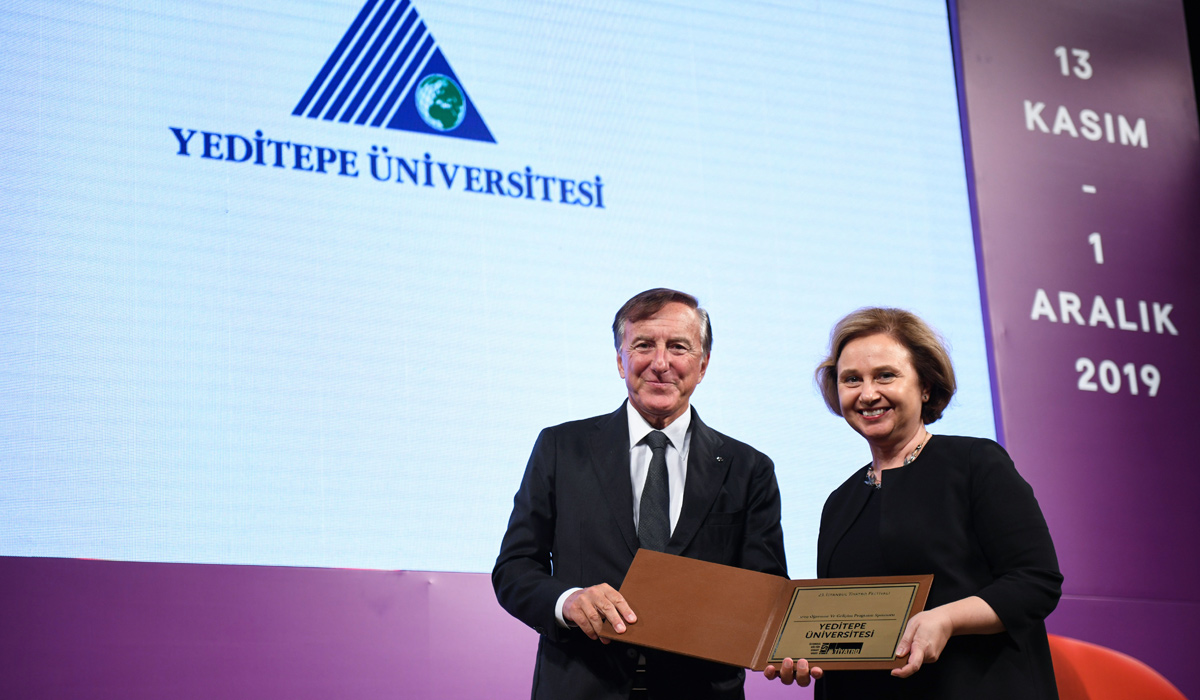 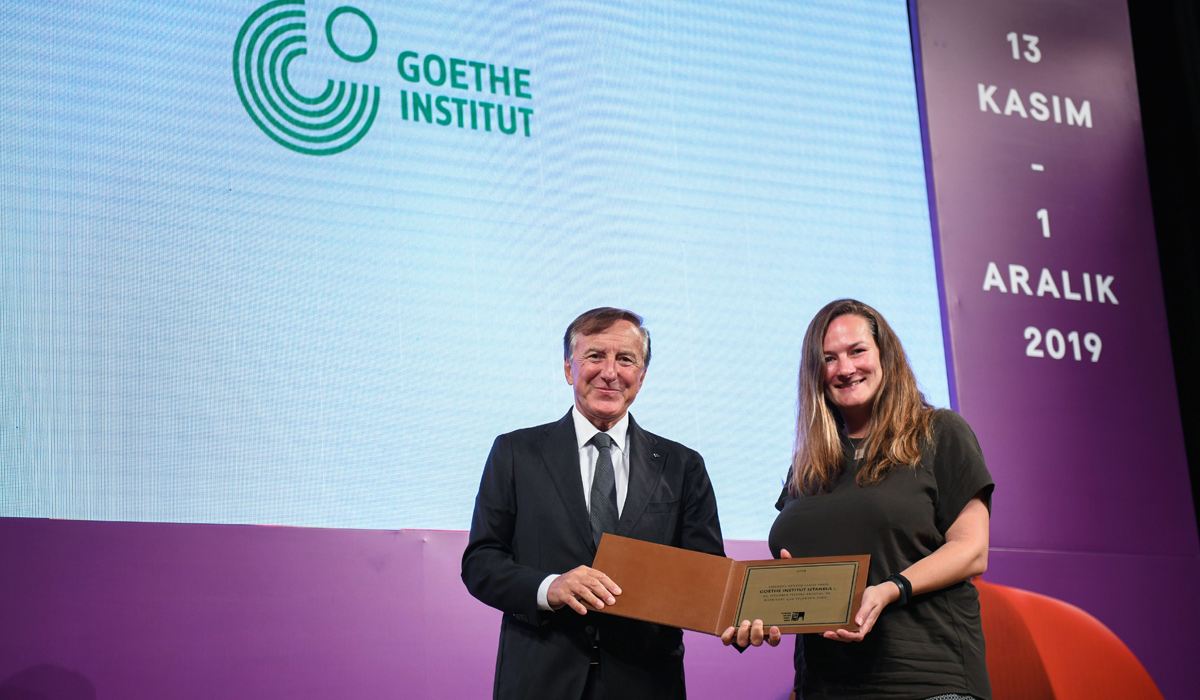 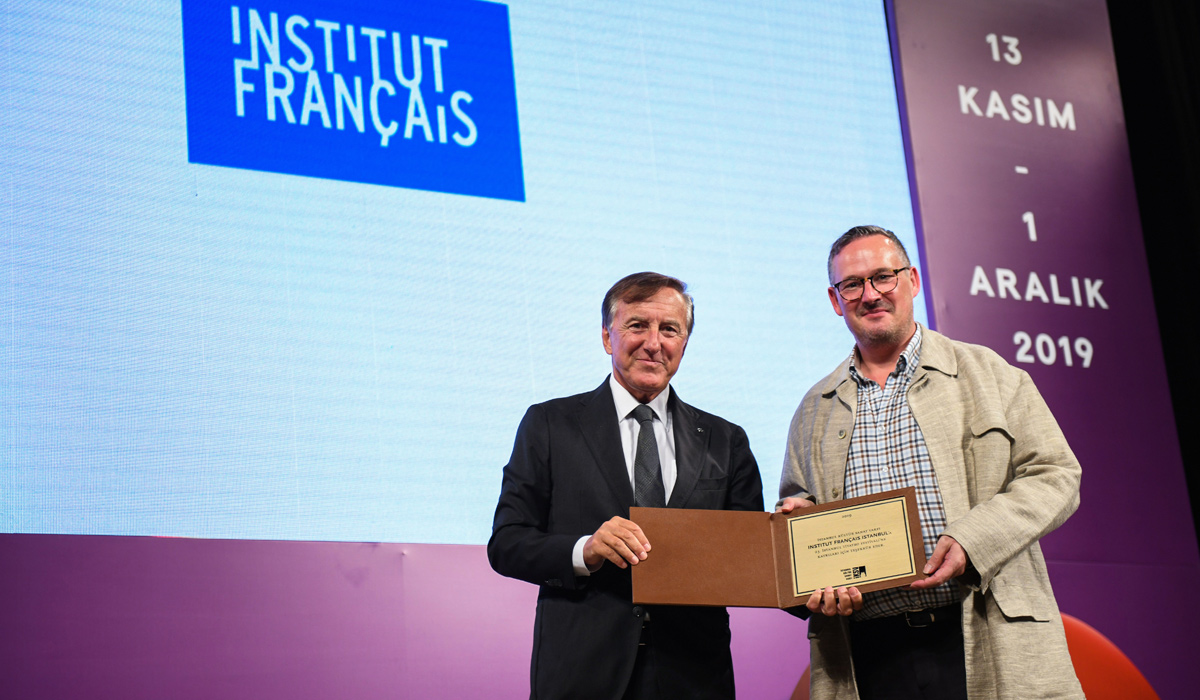 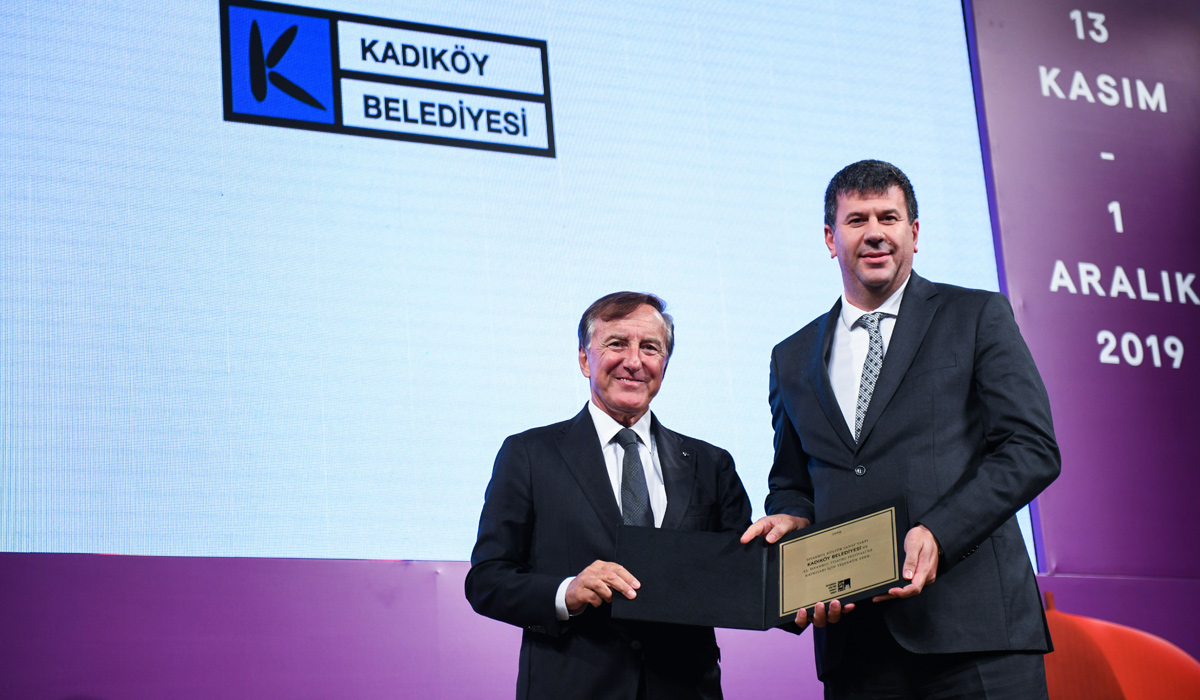